Charlotte Tilbury, along with Lisa Eldridge, was an inspiration to me when studying to become a Makeup Artist.  She has had one of those careers that you envy, working with seemingly untouchable photographers like Mario Testino and Mert & Marcus and famous supermodels such as Kate Moss and Gisele.  Not to mention working in some of fashions powerhouse magazines like Vogue and Vanity Fair – and providing her expert skills to high profile campaigns such as Tom Ford, Donna Karan and Michael Kors.

Charlotte, like myself, studied makeup in London.  Yet Charlotte attended the Glauca Rossi School of Makeup where she began assisting Makeup Artist Mary Greenwell and learning on the job – which is so incredibly valuable to us, as nothing in the classroom prepares you more than given hundreds of faces to work with each different and beautiful.  In September 2013 Charlotte launched her makeup collection available online here.  Charlotte has added her top secret ‘Magic Cream’ into the collection – which is a huge thing to someone like me who has followed her career for so long, and often heard of this mythical cream she uses backstage on her models and now it’s available to buy!

Charlotte is one of those people you esteem to be like – I’ve often heard from my colleagues that Charlotte is also charming, effusive and chatty…it just makes you sick with jealousy doesn’t it! x 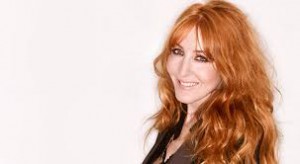